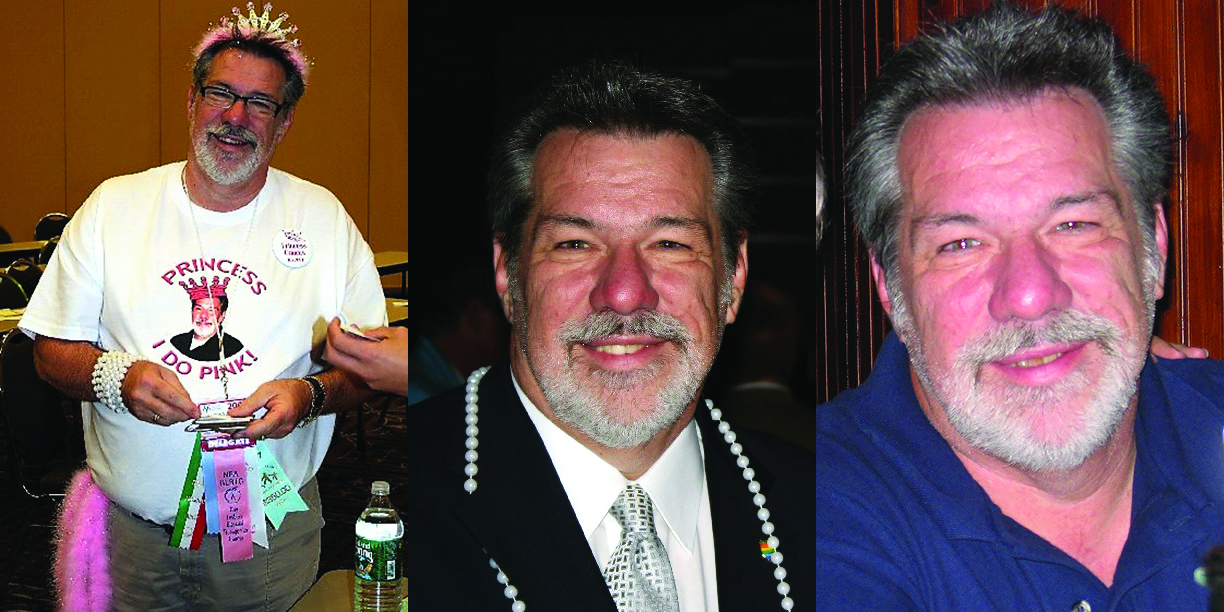 Guy DeRosa was an “out”, often “in your face”, self-described “diva”, who contributed much of his time and talents to the NEA and CTA LGBTQ+ caucuses and LGBTQ+ causes in the 1990’s and early 2000’s.

At numerous caucus meetings at NEA RAs Guy took on the task of contacting schools and organizations in the RA Host City to be recipients of the Caucus’s Book Fund. The “Guy De Rosa Book Fund” is a program established by the caucus to purchase LGBTQ+ inclusive books for school-aged children.

In addition to finding the recipients, Guy was an enthusiastic purveyor of the “50/50” raffle that raised the moneys for the fund.

At the time of his untimely passing, in April 2009, Guy was serving on the NEA-Board of Directors from CA, was the NEA LGBTQ+ Caucus Co-Regional Director for the Pacific Region, and was a cadre trainer for the “Breaking the Silence” Program.

Before his election to the NEA Board he was the Co-Chair of the CTA-LGBTQ+ Caucus.

Under his leadership, many LGBTQ+ issues were brought to CTA and NEA to become association resolutions and policy.

CTA has named its LGBTQ+ Safety in Schools Grant & Scholarship Program in honor of Guy DeRosa.

At his “day job” Guy was a teacher on special assignment (language arts) in the El Monte City (CA) School District and prior to that was a middle school, 8th grade, language arts teacher. He took great pride in saying he was an “out teacher since the day I entered the classroom” (1981).

Guy left his partner, Michael, of 25+ years, hundreds of admiring students and friends, and a legacy of advocacy for LGBTQ+ students and colleagues.